Moshe Shek’s art is on display in a museum that was built in his name and to his memory in Kibbutz Beit Nir.

The idea for the establishment of the museum was born in the previous century. Moshe, a born sculptor, began his life in the town of Zamość in Poland and ended up in the Judean Lowlands, in surroundings that have an ambiance to which he was unable to remain indifferent.

His connection to the Judean Lowlands is strong and deep. As a man of substance and spirit he sought and found cultural connections and roots in the many underground tunnels and caves in the area. Shek saw the strata of Jewish history through the prism of the present. During his hikes in the area he revealed and discovered, learned and internalized forms and aesthetics of earlier cultures that lived here in the area.

The collective memory of the majority of Israeli residents today begins with the Bible, totally ignoring the distant past that too has an early connection to the bible that Judaism emerged against the background of other ancient cultures. In Shek’s opinion, culture is the only thing that really links to the place. Israel was a land of passage. Different cultures came to the area and ruled it. Those who lived here absorbed the influences of all the unique new cultures.

The Bible was written in Israel, because here, precisely here, remains the essence which is responsible for the creation of a unique, amazing and inspirational character. The locality of the area, signifies the synthesis of cultures. The different cultures that met at the crossroads have created something new. This is where the phonetic alphabet was created, this is where the Bible was written, this is where Judaism, Christianity and Islam originated.

Shek’s statues are secular and humanistic – stemming from a belief in the human need to interpret and seek meaning and longing for a true homeland. Moshe Shek’s art plays a part in this quest. Here one can gain an understanding of Shek’s unequivocal desire to display the giant collection of sculptures that he created over his lifetime in the museum in Beit Nir in the Judean lowlands.

The rich collection of Moshe Shek’s works is displayed in the three-story museum. 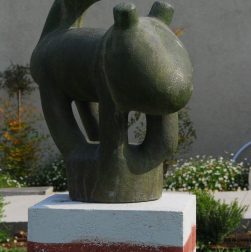 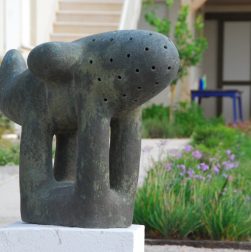 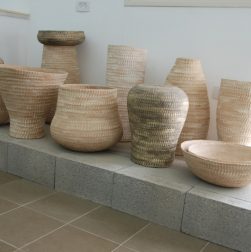 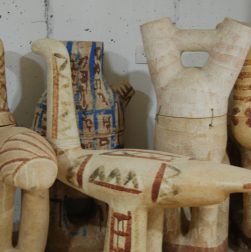 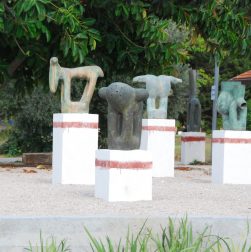 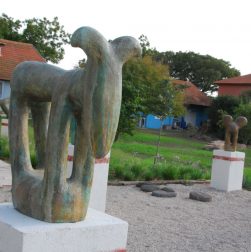 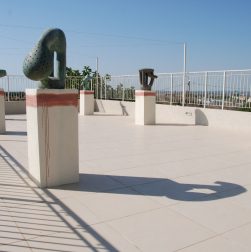 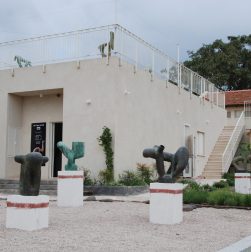