Moshe Shek (1936 – March 2011) or “Juki” – as he was called by his family and friends – was an Israeli artist who spent most of his creative years working mainly in sculpture and ceramic art.

Moshe Shek was considered an exceptional and original artist who was not willing to compromise in his work in order to achieve a place of honor or recognition. His art was an integral part of his way of life and his personality. He was always true to the individualistic way that he experienced life and created his art. He had a unique and special approach to material and form, as well as the ability to experience the essence of a place, transcending time and circumstances, and he could convert his experience into original art which was always marked as his soul’s work.

Moshe Shek was one of the founders of Kibbutz Beit Nir, and there is a close correlation between his work in clay and the environment in which he lived – to the existence of the Land of Israel in general and to the area in which he resided in particular. Moshe travelled from the tunnels in the Hebron hills to the Gaza coast and visited many archaeological sites in the area. Moshe explored the ancient and local existence through sensations aroused by his visits to these sites. Many of his works feature archetypal forms and figures which closely resemble, in essence, what can be called “Canaanite sculpture”.

Moshe Shek was born in 1936 in the city of Zamość in Poland. In 1940, his family moved to an area that was under Soviet control and from there they moved – for a year – to a labor camp in Siberia. In 1941, the family reached Bukhara in Uzbekistan, where they remained until 1945.

In 1947, the family immigrated to Israel on the Ma’apilim (illegal immigration) ship, “Hatikva”. The ship was captured by the British army, and the family was sent, together with all the immigrants aboard, to the detention camps in Cyprus.

In 1948, Moshe immigrated to Israel, and lived in Jaffa. Moshe was a member of the Hashomer Hatzair youth movement. While he was a member of the movement, Moshe met Abraham Ofek. He attended the “Shevah” vocational school where he studied blacksmithing and metal works. In 1952, Moshe studied at the “New Bezalel”, and for six months he learned from teachers such as Yossi Stern and Ludwig Yehuda Wolpert who taught in the Department of Metal. Moshe studied under sculptor Rudi Lehmann from 1959 to 1977 and later became his apprentice.

Throughout his life Moshe Shek created thousands of ceramic and bronze works of different types and motifs. As early as the 1980s Moshe had a vision, he intended for his works to be put on display in the museum at Kibbutz Beit Nir. Moshe was a celebrated sculptor and many of his pieces are displayed in public places in Israel and around the world.

Moshe Shek was married to Shula Shek and the couple had four children. Moshe passed away in 2011, after a long battle with cancer. After his death, his wife, Shula, realized his dream and established a museum containing his many of his clay and bronze pieces in their home. You will find photographs of many of his pieces on the gallery page on this website. 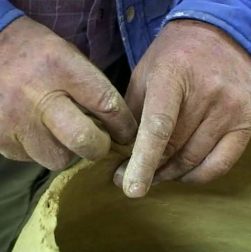 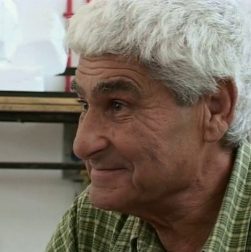 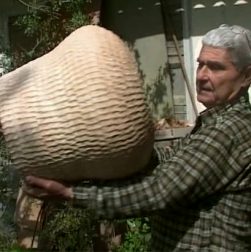 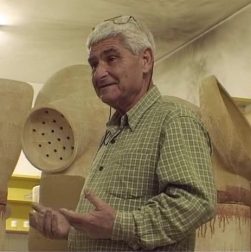